Example General Duty Clause Citations to Look for in Your Workplace 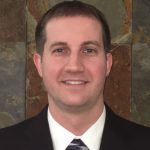 About the Author: Curtis Leiker, CSP is a project manager at iSi with both safety and environmental experience in manufacturing and production.  Besides being a CSP, Curtis is also a Lead Auditor for ISO 45001 and 14001.

OSHA has a number of regulations that govern many aspects of the workplace. When there is not a specific regulation reference, they will often cite the General Duty Clause.

What is the General Duty Clause?

1. The employer failed to keep the workplace free of a hazard to which employees of that employer were exposed;
2. The hazard was recognized;
3. The hazard was causing or was likely to cause death or serious physical harm; and
4. There was a feasible and useful method to correct the hazard.

OSHA cannot just cite anything under the clause, but there is a lot of room for interpretation of the effects of the hazard. The hazard needs to be recognized by that industry, another industry, or another entity as a hazard. It can be something that would be considered a common sense hazard or is something that could cause or likely cause serious harm or death. It must be correctable, and if injuries have been documented related to it, it can be cited.

While OSHA has issued citations under the General Duty Clause for a wide variety of issues including risk of lightning strikes to employees, there are a number of situations OSHA has cited that have been consistent and steady over the years.

Some common violations where OSHA would use the General Duty Clause:

Do you have any of these issues at your facility?  iSi can provide people to help you find out, by conducting audits, routine inspections, issue correction and program development.  Contact us today!

Where does your facility stand on OSHA compliance? Schedule iSi for a mock OSHA inspection, audit or walkthrough!